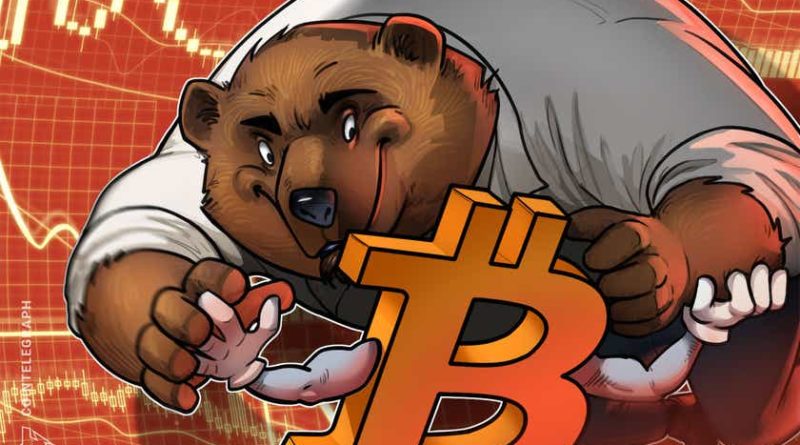 However, the 9% negative price move on Nov. 16 caught bulls by surprise, especially since most of the call (buy) options for Nov. 19 have been placed at $66,000 or higher. Curiously, that price level has been the exception rather than the norm.

Bears might have been lucky because the two negative events happened in the past few days. On Nov. 12, the United States Securities and Exchange Commission denied VanEck’s spot Bitcoin ETF request. But more important than the rejection, itself, which was largely expected, was the rationale behind the decision.

The SEC explicitly mentioned their uncertainties about Tether’s (USDT) stablecoin and the lack of ability to deter fraud and market manipulation in Bitcoin trading. Bloomberg senior ETF analyst and cryptocurrency expert Eric Balchunas had already given a 1% chance for approval so the denial wasn’t really a surprise.

Moreover, on Nov. 15, U.S. President Joe Biden sanctioned the infrastructure bill, which mandates that starting in 2024, digital asset transactions worth more than $10,000 be reported to the Internal Revenue Service.

Considering the above scenario, bulls are likely to regret their lack of more conservative bets on Nov. 19’s $1.1-billion weekly options expiry.

At first sight, the $630 million call (buy) options dominate the weekly expiry by 35% compared to the $470 million put (sell) instruments. Still, the 1.35 call-to-put ratio is deceptive because the recent price crash will probably wipe out most bullish bets.

Listed below are the four most likely scenarios for the $1.1-billion Nov. 19 expiry. The imbalance favoring each side represents the theoretical profit. In other words, depending on the expiry price, the quantity of call (buy) and put (sell) contracts becoming active varies:

For instance, a trader could have sold a put option, effectively gaining a positive exposure to Bitcoin (BTC) above a specific price. But, unfortunately, there’s no easy way to estimate this effect.

Bulls need a 6% price hike to turn the tables

The only way for bulls to profit a significant amount on Nov. 19’s expiry is by pushing Bitcoin’s price above $64,000, which is 6% away from the current $60,400. If the current short-term negative sentiment prevails, bears could exert some pressure and try to score up to $220 million in profit if Bitcoin price stays closer to $58,000.

Currently, options markets data slightly favor the put (sell) options, slightly reducing the odds of a rally ahead of Nov. 19.

The views and opinions expressed here are solely those of the author and do not necessarily reflect the views of Cointelegraph. Every investment and trading move involves risk. You should conduct your own research when making a decision.

This website uses cookies to improve your experience while you navigate through the website. Out of these, the cookies that are categorized as necessary are stored on your browser as they are essential for the working of basic functionalities of the website. We also use third-party cookies that help us analyze and understand how you use this website. These cookies will be stored in your browser only with your consent. You also have the option to opt-out of these cookies. But opting out of some of these cookies may affect your browsing experience.
Necessary immer aktiv
Necessary cookies are absolutely essential for the website to function properly. These cookies ensure basic functionalities and security features of the website, anonymously.
Functional
Functional cookies help to perform certain functionalities like sharing the content of the website on social media platforms, collect feedbacks, and other third-party features.
Performance
Performance cookies are used to understand and analyze the key performance indexes of the website which helps in delivering a better user experience for the visitors.
Analytics
Analytical cookies are used to understand how visitors interact with the website. These cookies help provide information on metrics the number of visitors, bounce rate, traffic source, etc.
Advertisement
Advertisement cookies are used to provide visitors with relevant ads and marketing campaigns. These cookies track visitors across websites and collect information to provide customized ads.
Others
Other uncategorized cookies are those that are being analyzed and have not been classified into a category as yet.
SPEICHERN & AKZEPTIEREN