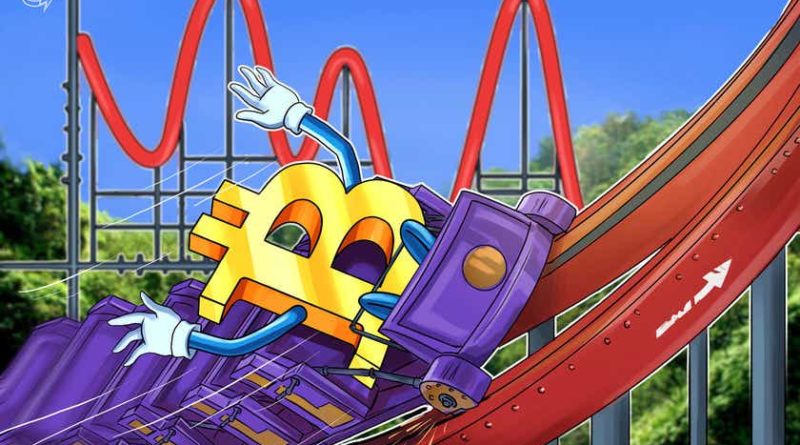 Data from Cointelegraph Markets Pro and TradingView showed BTC/USD coming down 8% from Monday’s local highs above $66,000.

Bouncing at $60,350 on Bitstamp, the pair nonetheless traded at its lowest since Nov. 6.

As leveraged traders felt the pain, optimism remained that the “shakeout” of positions on derivatives exchanges was nearing completion, with a resumption of upside taking over thereafter.

Bitcoin further managed to close a CME futures gap in place for over a week, a classic move that had been anticipated from the moment the gap appeared.

While previous arguments even favored a trip to $59,000, however, the chances of a drop below $60,000 remained at the time of writing.

He stressed that he was “not a bear” and did not necessarily expect Bitcoin to fall to those levels.

What’s in a month?

Others, meanwhile, zoomed out on BTC, in a month that has been defined by all-time highs and the associated volatility.

A return to monthly support, for example, would still place Bitcoin at $58,000.

“If BTC is to go for a retest attempt of the Monthly level (green)… It would need to break down from this black uptrend line,” fellow trader and analyst Rekt Capital commented on an explanatory chart showing the levels on Monday.

“Losing this trendline would probably confirm that this Monthly retest will happen. Until then, just consolidation volatility.”

This website uses cookies to improve your experience while you navigate through the website. Out of these, the cookies that are categorized as necessary are stored on your browser as they are essential for the working of basic functionalities of the website. We also use third-party cookies that help us analyze and understand how you use this website. These cookies will be stored in your browser only with your consent. You also have the option to opt-out of these cookies. But opting out of some of these cookies may affect your browsing experience.
Necessary immer aktiv
Necessary cookies are absolutely essential for the website to function properly. These cookies ensure basic functionalities and security features of the website, anonymously.
Functional
Functional cookies help to perform certain functionalities like sharing the content of the website on social media platforms, collect feedbacks, and other third-party features.
Performance
Performance cookies are used to understand and analyze the key performance indexes of the website which helps in delivering a better user experience for the visitors.
Analytics
Analytical cookies are used to understand how visitors interact with the website. These cookies help provide information on metrics the number of visitors, bounce rate, traffic source, etc.
Advertisement
Advertisement cookies are used to provide visitors with relevant ads and marketing campaigns. These cookies track visitors across websites and collect information to provide customized ads.
Others
Other uncategorized cookies are those that are being analyzed and have not been classified into a category as yet.
SPEICHERN & AKZEPTIEREN